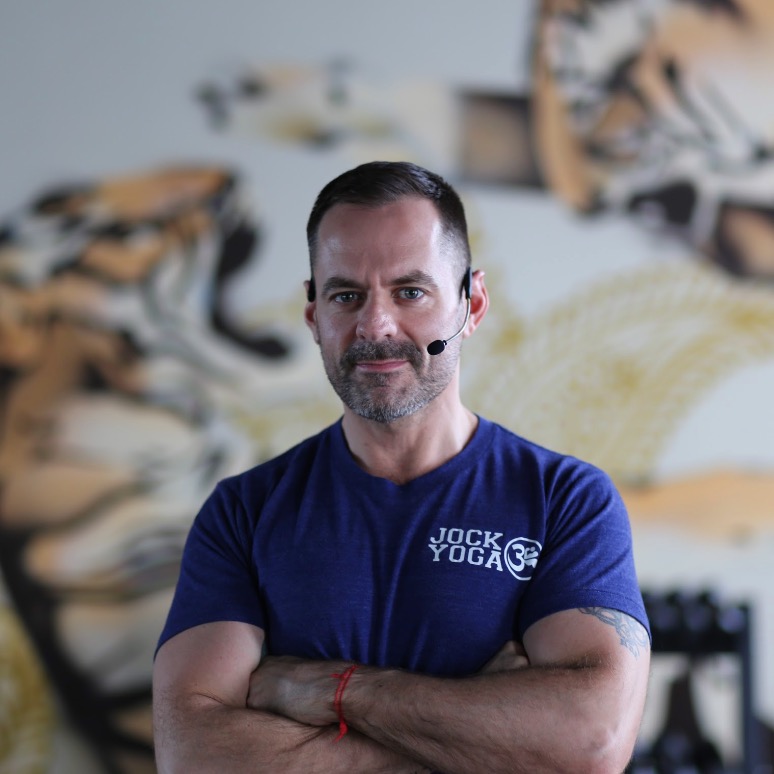 Michael has been practicing yoga for twenty years and teaching for more than ten. Michaelâ€™s first introduction to yoga was at the Bikram studios in Toronto. He quickly realized yoga to be a passion and began investigating different lineages until he settled into the Ashtanga tradition at Downward Dog Yoga Centre.

Michael practiced for a few more years before completing his first teacher training at Downward Dog in 2008. Michael travelled to California in 2009 where he was influenced by Vinnie Marino, Seane Corn and Bryan Kest. Inspired, Michael returned and went on to create his own athletic brand of yoga called Jock YogaÂ®ï¸ and continues to teach Ashtanga-inspired Vinyasa and Jock Yoga classes across the city.

Michael also holds retreats internationally and teaches at many events across Canada. Michael is excited to be teaching at One Tiger Yoga. Michael credits Vinyasa yoga as a compliment to his personal journey in recovery to overcome addictions.

Michaelâ€™s classes strike a balance between challenging, rejuvenating and energizingâ€”and he likes to make his classes light-hearted and fun by adding lots of humour along the way!